Vinylone stickers (or Vinyl-1) in Amsterdam 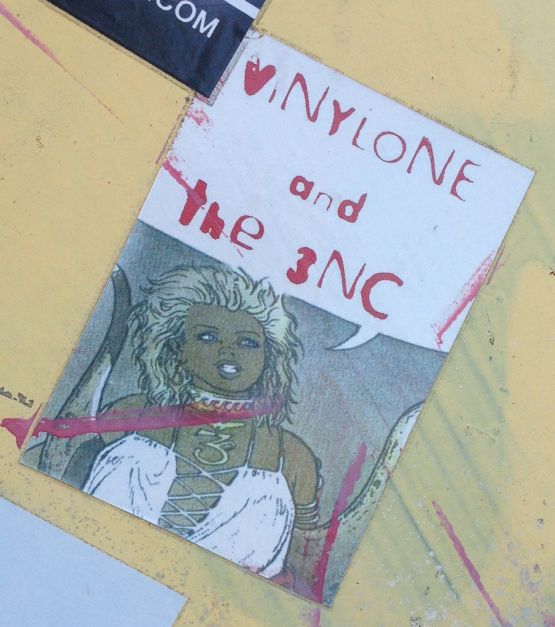 Stickers from the logo ‘Vinylone’ mostly portray women, some of whom are perhaps in part robotic.

One of them has a kind of transparent skull, through which you can see the brain. The rest of her body seems to consist of muscles and mechanical parts. 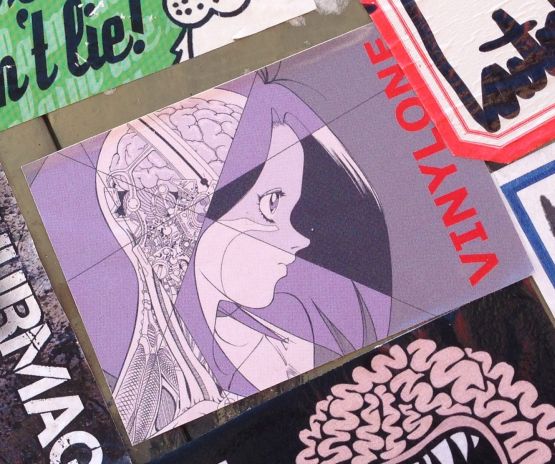 Another is a very pretty, comic book like appearance, with the number three attached to a necklace. She may posses wings, it’s hard to tell. 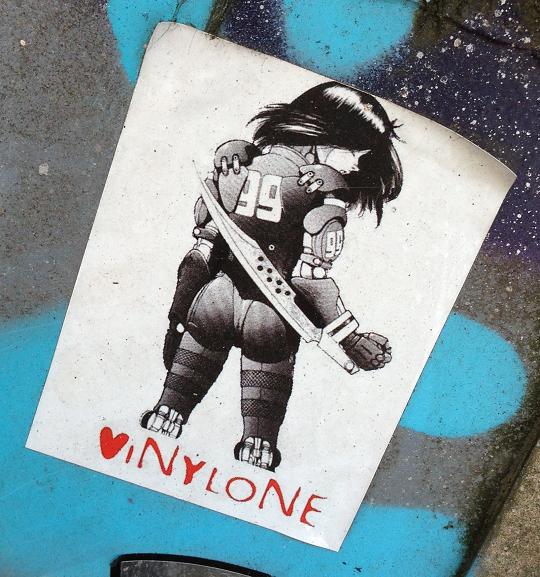 The third, a kind of modern day Amazon, is the one I like best. The woman is portrayed from behind and wears the number 99 on her back. Most notably however is a very large blade attached to her right-wrist.

Besides these three stickers I only know two others.

One who is mainly very vague and the second looks like a pick-up vinyl player, which is probably connected to the name of this particular type of street art. 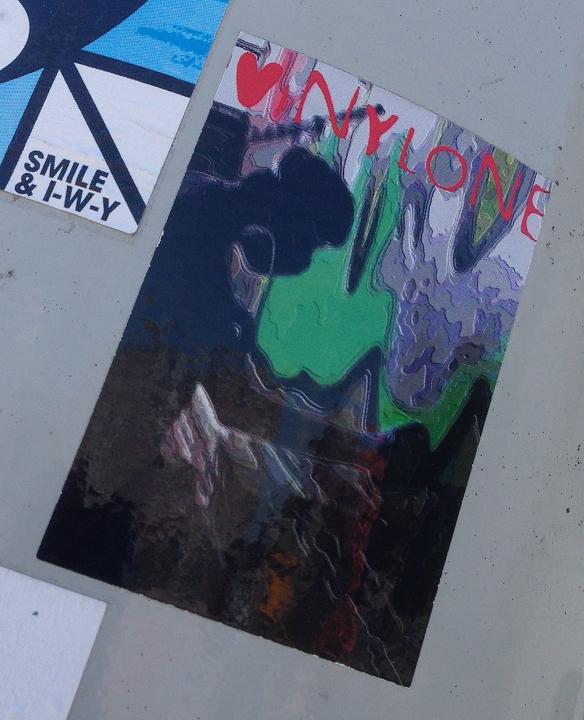 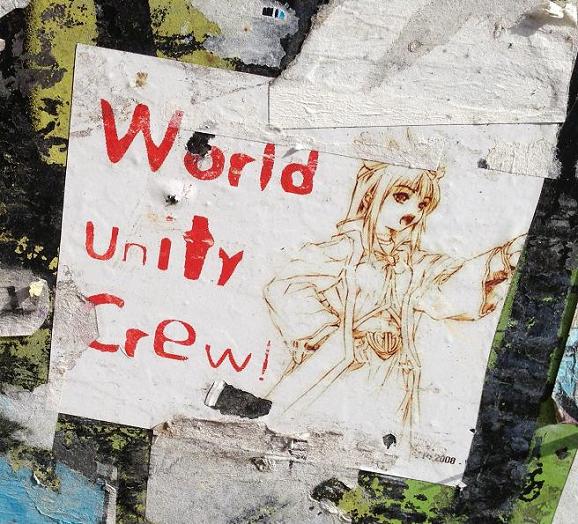