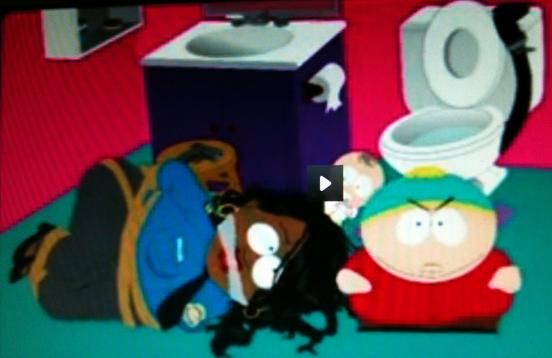 A friend once managed to surprise me, while watching a South Park episode in which a new music style rapidly gained ground among local youths. When it was finished, Willem thoughtfully said: “these jokes can only refer to drum&base or dubstep.” I had completely missed this point, which meant I’d probably missed out on most of the jokes as well.

Thankfully, the latest South Park episodes are for a libertarian anarchist such as myself easier to grasp and furthermore simply awesome!

This seasons first – “Reverse Cowgirl” – ridicules the constant struggle between safety regulations, privacy and individual freedom. The rage especially focuses on the inventor of the toilet, the late sir John Harrington, and the ‘toilet safety administration’ (“Come on asshole, let’s get back to work”). 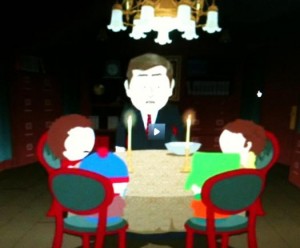 Episode two, “Cash for Gold“, features Stan Marsh’s grandfather, Marvin Marsh, who gives Stan a bolo tie. The ‘J&G Shopping Network’ where he bought it claimed that the jewels attached to it plus the gold make it worth $6,000. Stan takes the bolo to a ‘Cash For Gold’ store that offers $15 for it. The entire scheme comes down to fraud, aimed at the senile elderly, via a TV show. It sells them worthless jewelry making enormous profits. This thoroughly angers Stan, who than tries convincing the TV host to kill himself.

Especially this last episode ought to be shown in universities and high schools world wide. It appears to contain an ingenious metaphor for the money/banking/investment/derivates scam of this last decade, which has cost taxpayers and pensioners hundreds of billions of euro’s & dollars and – a few scapegoats aside – largely went unpunished. Teachers in social sciences and economics unite: share “Cash for Gold” with your students!