The ‘rise’ of stickers, graffiti and other ‘street art’ in Holland created an audience for related photography. 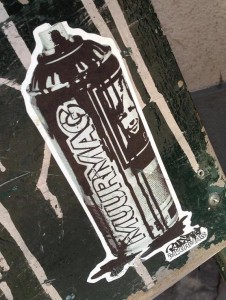 Since a little over three years there’s ‘Muurmag‘, which can be translated into ‘wall-magazine’.

Until now, only four issues have appeared that can be purchased via its online store.

Since for a street art magazine it would probably considered being most dishonorable to advertise anywhere else than on ‘its own’ city-walls, rain-pipes and other suitable though not entirely legal surfaces, you can discover ‘Muurmag-stickers’ throughout Amsterdam.

They seem to be created as ‘collabs‘ with artists such as Bust (‘Bustart‘) and Zaïra. Sometimes there’s a spray can portrayed as well, a mysterious fish or just a wall. 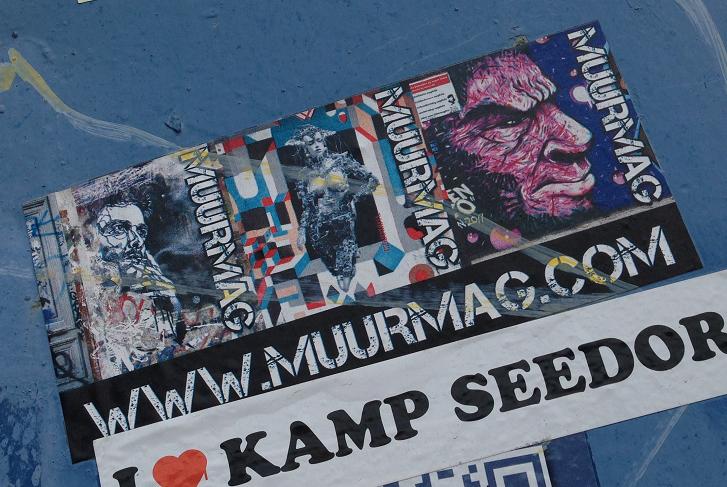 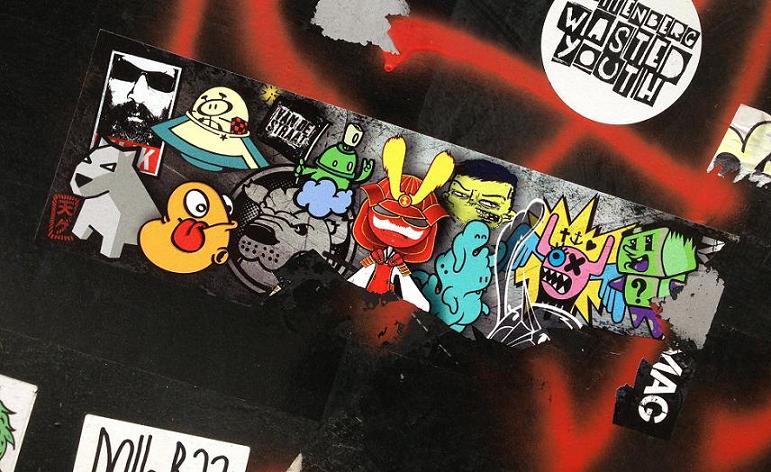