The Melty Misfits, by ‘Buff Monster’ 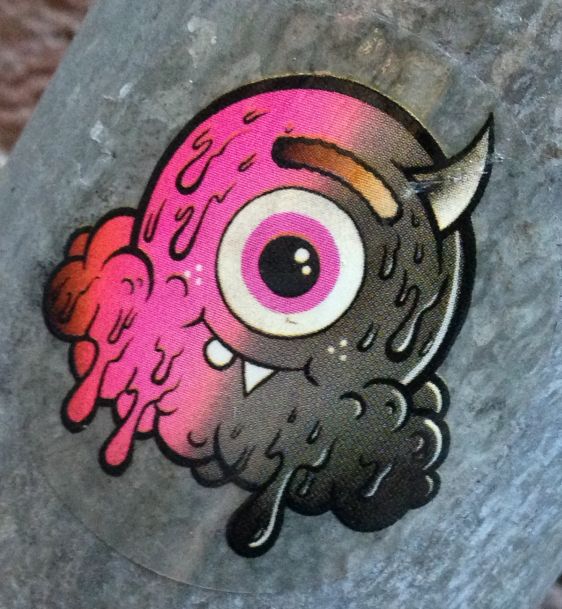 One occasionally runs into ‘exotic species’ when searching for stickers in Amsterdam. The Dutch capital is a tourist-magnet that of course attracts foreign street artists as well.

Perhaps the most colorful of them all is an American who goes by the name of ‘Buff Monster’. 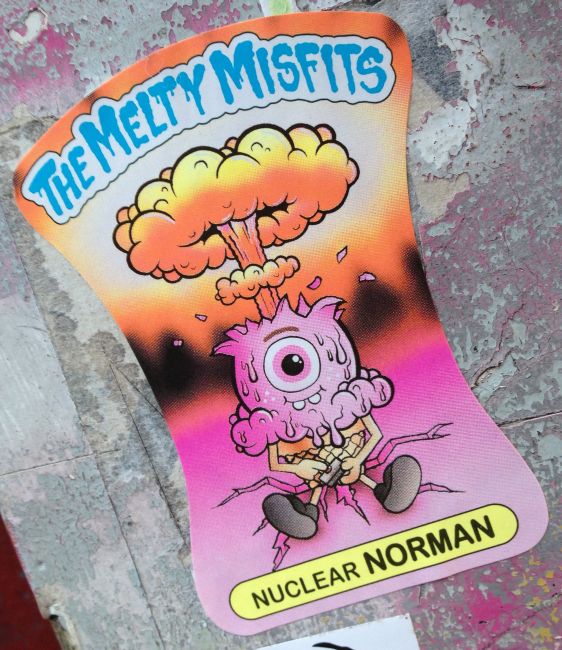 This previously Los Angeles and Hollywood based street artist is the creator of a rather remarkable series called The Melty Misfits. The pictures appear to portray some kind of childish ice cream, but have a very ‘mature edge’ as well. 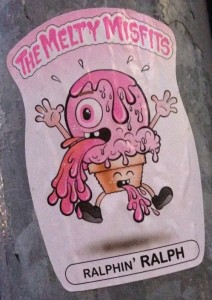 Creatures on the stickers go by the name of Nuclear Norman or Ralphin’ Ralph, while others are nameless. The ice cream critters are vomiting, exploding or just staring at the unsuspecting onlooker in a most sinister way.

According to The Writers Journey, The Melty Misfits were created as a homage to ‘Garbage Pail Kids’.

The artist himself has been living in New York City since 2012. 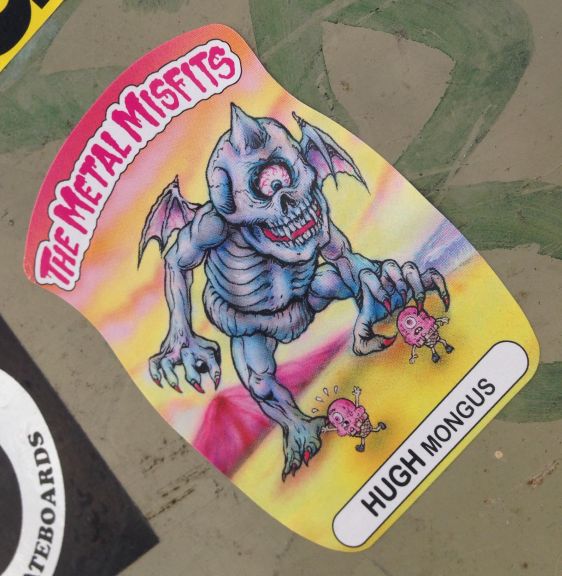