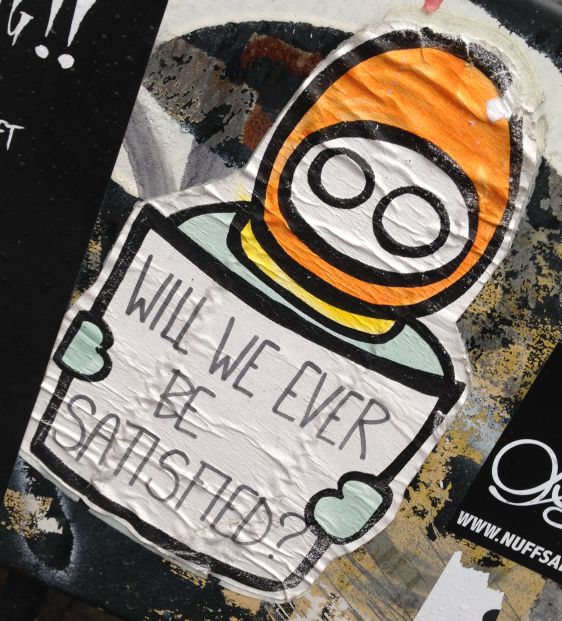 ‘LN’ is the nickname of a non-Dutch sticker-artist who’s been operating in the city of Amsterdam these past few years. You’ll recognize her stickers easily, since they consist of the upper half of a human body plus text. Some of them are pretty crazy, to say the least!

She allowed me to interview her this autumn.

1) So, how did you get into sticker-art? 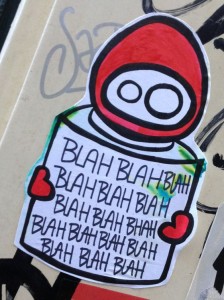 It all started when I was pretty young. Initially, I collected any kind of sticker I could lay my hands on and put them everywhere. Later on, I discovered using double-tape and wrote down names on it. When I got a little older, there were the stickers from the skateboard-scene and the snowboards, which I started collecting. Somehow, I never really got into graffiti. Initially I used the nickname ‘LN’ on my stickers, but I quit doing that since it has no real function and also distracts from the message.

In general, people see artwork the way they want to see it. To me, stickers are mainly a hobby, a way to develop myself. I prefer staying completely autonomous in it. That’s why I don’t sell any of my artwork.

The idea of losing my independence as an artist scares me. I therefor need and have a normal job in the real world, to be able to finance my art. I dislike the way how big business seems to colonize public spaces more and more, and stickers are my method of combating that development.

3) How do you spread the stickers?

Most of the stickers I spread myself, but I sometimes pass them on to friends who’ve planned a holidays, and then they stick them for me abroad. 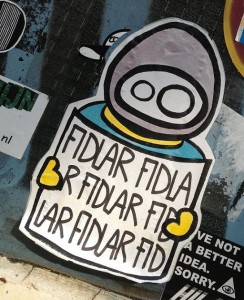 Haha, I was pretty busy when your queen passed the throne on to her son. Since the succession ceremony was here in Amsterdam, the entire city had been cleaned, and most of the stickers had been removed. Therefor, there were many good spots to stick my work, without having to ‘cross’ other stickers.

4) What inspires your art?

Well, that’s pretty diverse. Sometimes, the text just originates from jokes my friends and I enjoy. For example, one of them really loved California and valued French culture much less. So then, after some time, when we had a little party at home, he’d only be allowed inside after saying through the intercom ‘Frankrijk über alles’ (‘France rules’, or ‘France above it all’). So I used it as a text on my stickers. Other texts stem from street-artists that inspire me, such as ‘Adam Infanticide’. He’s pretty famous for criticizing political and economic power structures and imbalances in the distribution of wealth. 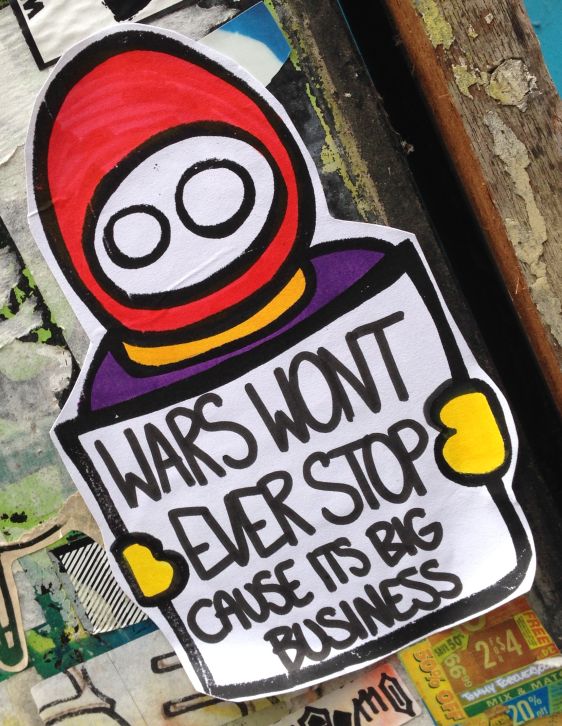 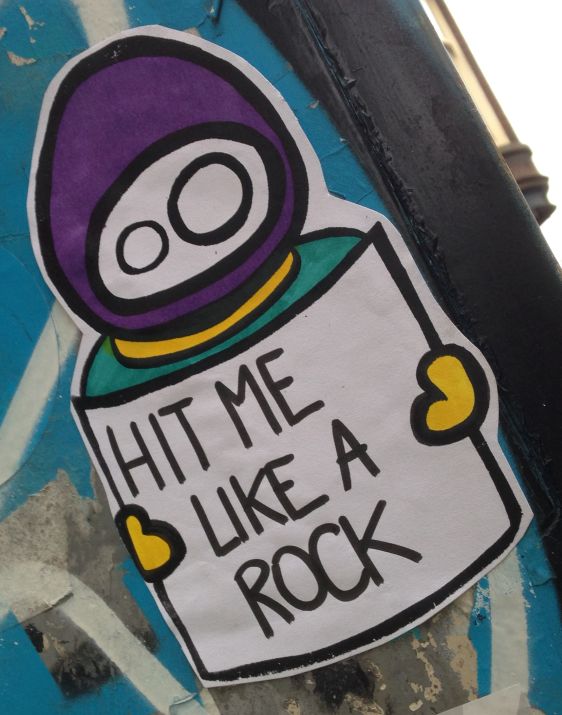 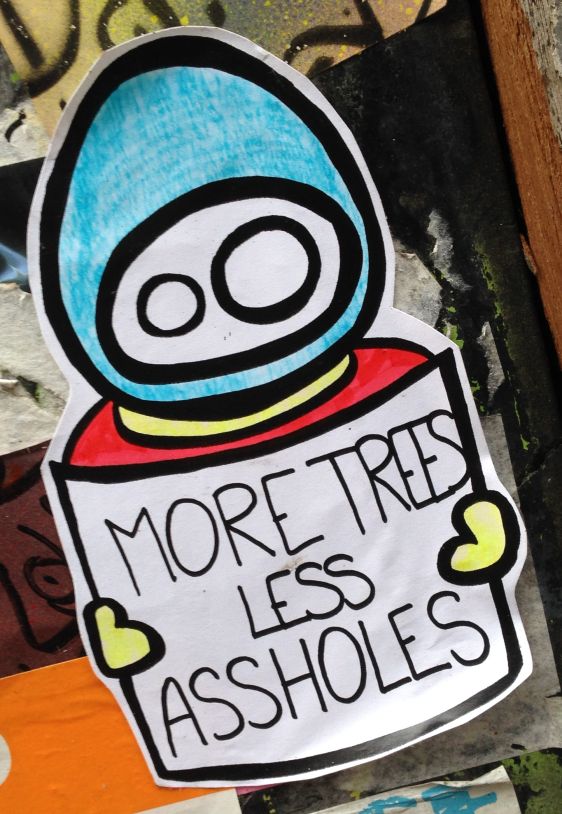 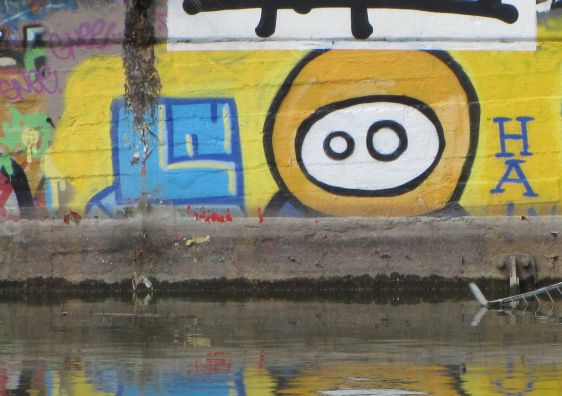 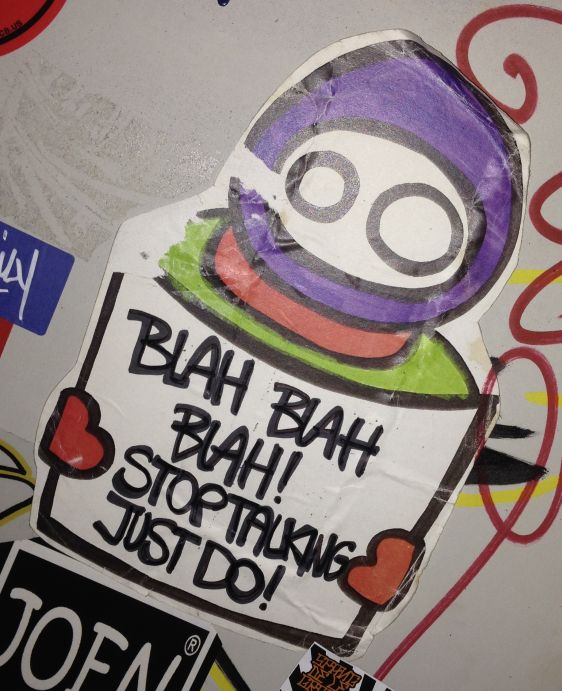 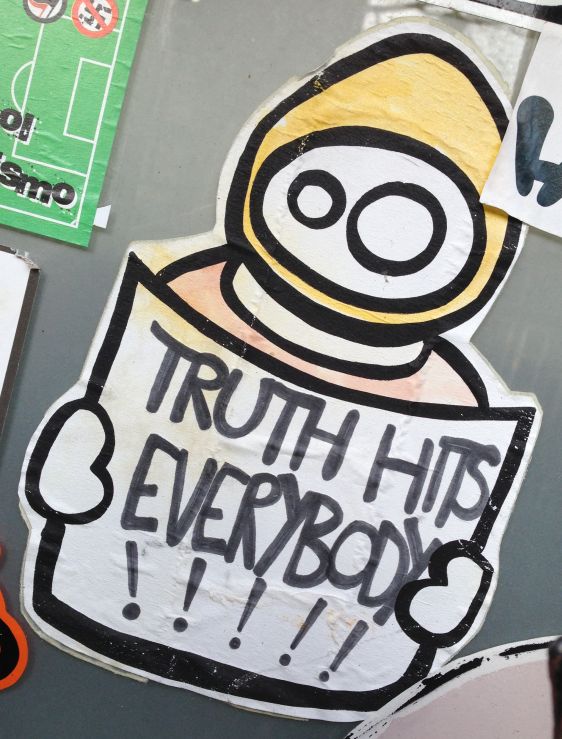 5) What do you think happens to art, or the artist, when governments start subsidizing it?

I don’t have too much opinion about it, but in general I tend to think that any kind of help from the goverment towards art and artists is very important and I hope the budget will increase again for art and culture in general! 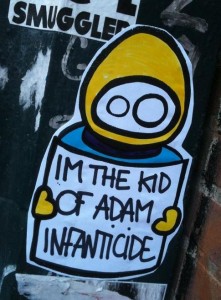 Art is a way of expressing ideas, opinion, helping, sharing, and I hope goverment will always support art … but i guess my vision is like living in the teletubbies world …

Governments have to cut budget and artists in general are the first to see their budget decrease. But of course it depends what kind of arts , what kind of project … the question is leading to a lot of discussion.