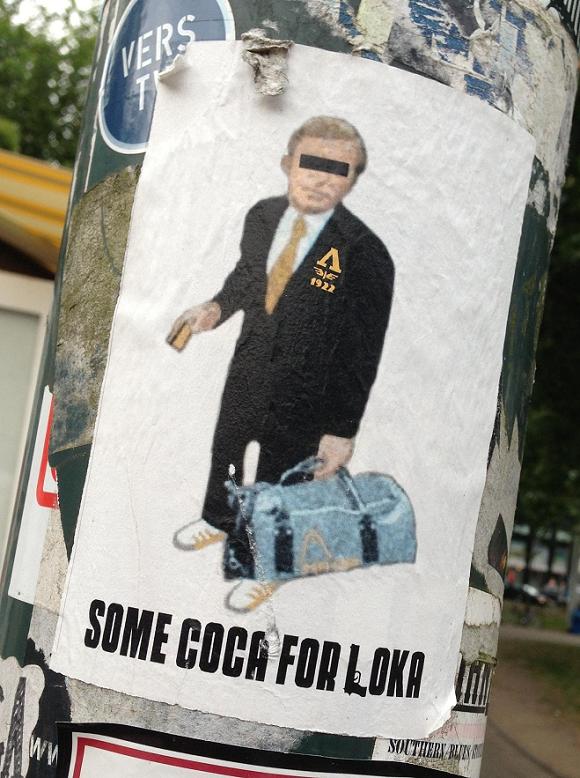 In spite of their omnipresence in urban centers, stickers probably are the most obscure art form on earth.

The majority of the population will never even notice them, or assume they’re just ads for parties and shops. 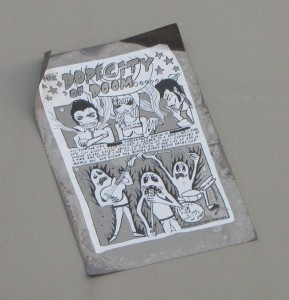 That’s probably a sad fact of life for many artists behind the stickers, but to marginal bloggers such as me this type of ‘street art’ forms a very interesting niche.

Since virtually no one – at least in the Netherlands – seems to be paying any attention to them, at least fifty percent of the stickers I ‘discover’ have never been described online. 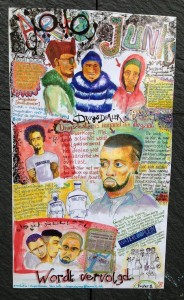 One of the most mysterious ones that I recently encountered in the center of Amsterdam shows an image of – for as far as I can tell – former US president George W. Bush, carrying a sports bag in one hand, while the other holds a digital card.

His eyes are blacked out, as if he were a criminal, and furthermore he wears sports shoes under a black suit plus an orange tie.

Is the sticker referring to the alleged cocaine use by this former president?

The only clue pointing is this direction is the year 1922, when the Jones-Miller Act put serious restrictions on the manufacturing of this drug.

Even though CIA no longer means ‘Cocaine import agency’, sticker-artists apparently aren’t inclined to forget about the connection between drugs and the people in power.